Gamepub provides games that can be enjoyed by everyone. 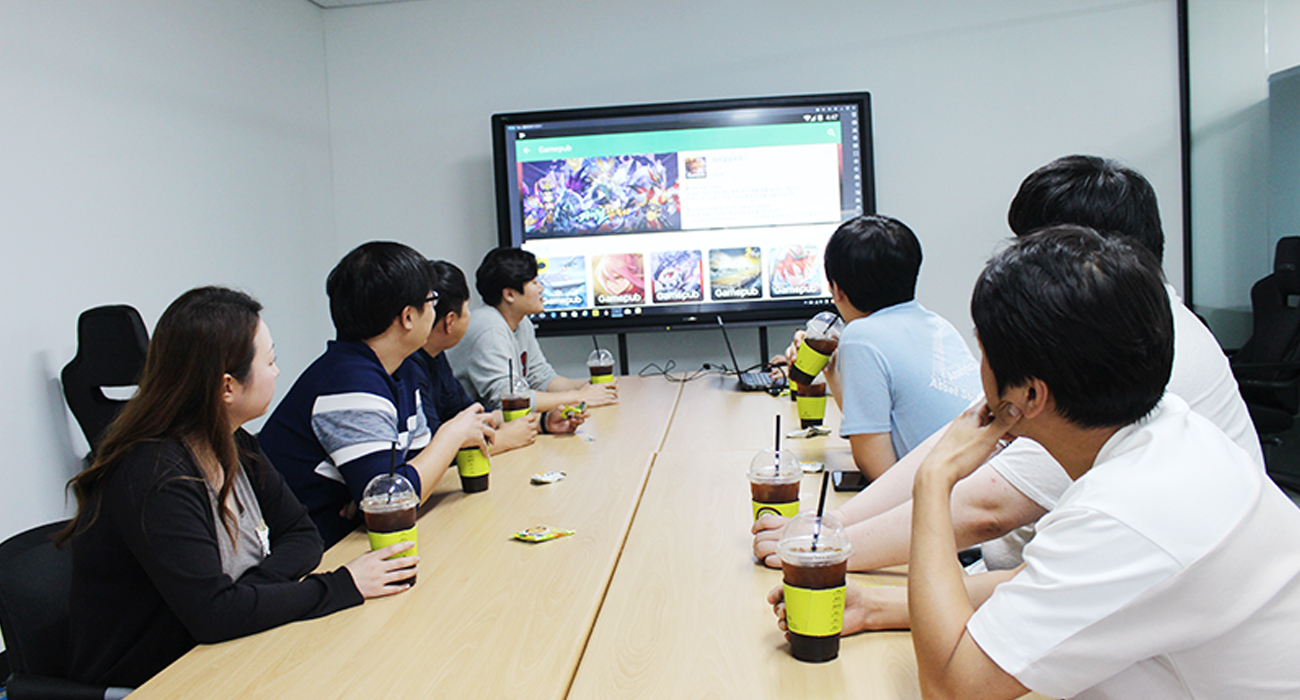 Gamepub has come a long way to fulfil its motto: “Provide games that can be enjoyed by everyone.” To fulfil this, we have partnered with famous Korean, and international developers to provide comprehensive service, including marketing, management, publishing, and development. Our extensive management skills were acquired through successful launching of projects, in close partnership with developers. With these skills, we were able to quickly address and meet the needs of our clients.

In 2015, Gamepub launched a fleet battle strategy game <Empire of Warships>. Its genre was previously thought as a minor one, but our pool of experts with extensive experiences made thorough analysis of the market, and managed to make the launch a successful one, even winning the local market’s ‘Best Game of 2015’ award. <Empire of Warships> is arguably the best best military game in the market.

In 2018, Gamepub started to privately develop casual games. Since August 2018, it started to release games such <Dr.Puzzle: Block Puzzle 1010>, <Candy Marble Blast: Zu-ma>, <Swipe Brick Breaker M>, and <Jewelry Puzzle: Match 3>. Not only that, but also released <Bubble Shooter: Marine Boy> which is based on the popular snack IP, to the world. Gamepub, through innovations and challenges, is making the history of its own.